Public drinking water reservoirs take years of advanced planning, permitting, construction, and filling, before they are able to serve as raw water sources for drinking water production.  As an example, the planning and construction of the newest HCWA reservoir - The Tussahaw - dates back several decades.  The Authority began locating the site and acquiring the property for the Tussahaw more than 10 years before construction began in 2004.  The gates to the dam were closed in October of 2005, when the reservoir began to fill according to the pace of seasonal rains.  Finally, the Tussahaw Reservoir began operation in 2007, when HCWA first withdrew its raw water for drinking water production at the Authority's Tussahaw Water Treatment Plant, which had a similar timetable for design, construction, and operation.

Building public reservoirs and water treatment facilities that often accompany them requires extensive permitting as well, obtained only through cooperation with a number of federal and state regulatory agencies, including the U.S. Army Corps of Engineers, the U.S. Environmental Protection Agency (EPA), the state of Georgia Department of Natural Resources, Environmental Protection Division (EPD), and others.

The five raw water reservoirs of the HCWA have a total storage capacity of more than 18 billion gallons.  This equates to more than a year's worth (approximately 490 days) of raw water supply for drinking water production, even in the unlikely event that the system did not receive any rainfall.

The collective raw water storage capacity among the Authority's five reservoirs breaks down as follows: 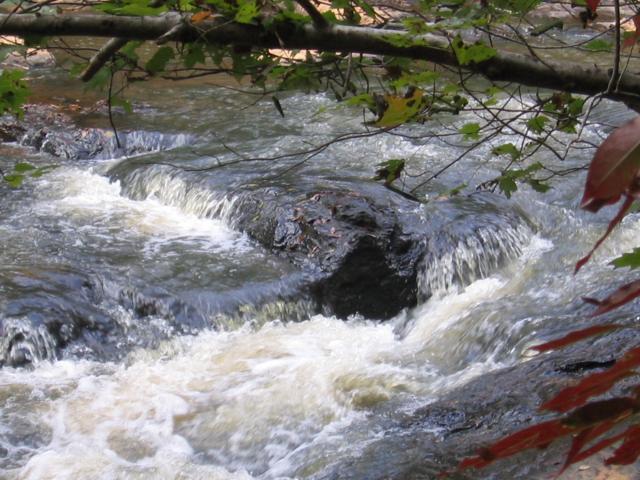 Water Release from the Reservoirs *(7Q10)

The HCWA releases water daily from each reservoir.  The Environmental Protection Agency (EPA) establishes the minimum amount of water that must be released.  *This is called the 7Q10, meaning the seven-day low flow over 10 years.  It roughly approximates the lowest stream flow for seven consecutive days that would be expected to occur once in ten years.  The Authority releases at least this amount each day, and often more.