The Henry County Water Authority (HCWA) provided the public with a few opportunities to join the utility and water industry in the annual celebration of National Drinking Water Week, which is recognized each year during the month of May.

For starters, the Authority’s Cubihatcha Outdoor Education Center, which is the utility’s focal point for public education and outreach programs, hosted a Fishing Tournament at the Tussahaw Reservoir the weekend prior to National Drinking Water Week. According to HCWA officials, the event was a tremendous success as reflected in the 32 teams of parent-child tandems who came to cast their lines in an attempt to reel in the biggest catch of the day and the largest total weight among a maximum of five fish. 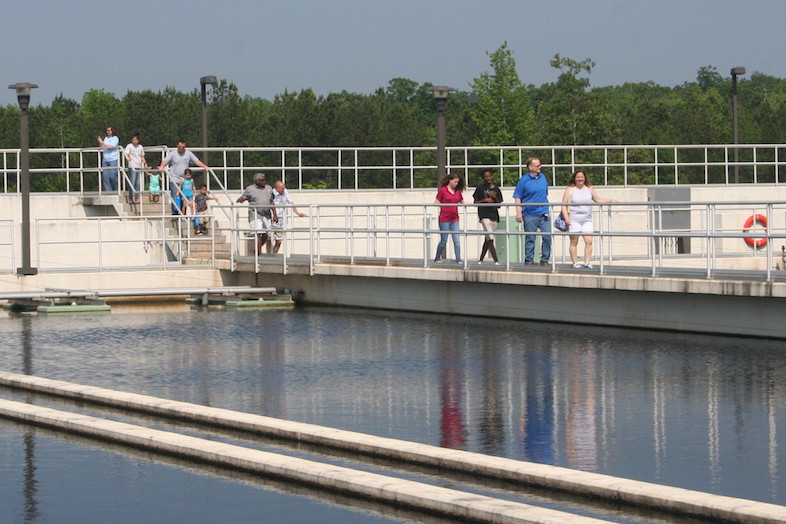 The Big Fish winner was Owen Brown, whose largest catch tipped the scales at 4 pounds. The additional total weight winners included Dalton Nunn, 16, in first place with a total haul of 4.4 pounds, followed by Abigail Treadwell, 16, in second, Owen Brown, 12, in third (his biggest catch of the day was good enough to win third place overall), Isabella Wilson, 7, in fourth, and Chase Phillips, 16, in fifth place.

The HCWA Fishing Tournament was a public outreach and educational event intended to raise awareness about the importance of water and wildlife conservation – issues advocated by the Authority through these types of events and programs hosted at HCWA facilities.

Later in the day, not far from the site of the 2017 HCWA Fishing Tournament, the Authority hosted an Open House at its award-winning Tussahaw Water Treatment Plant. Nearly 100 guests visited the water plant to enjoy tours of the facility, water-related activities, educational insights on how their drinking water is produced, presentations from various departments of the HCWA, as well as displays of the winners of this year’s HCWA rain barrel and photo contests. The Authority also provided lunch for all guests.

Winners of the annual HCWA photo contest, also announced at the Tussahaw Plant Open House, included Emma Faulkner in first place, Zeb Brown and Walker Smith in a tie for second, and Tamara Smith in third. Door prizes were also distributed to various guests, thanks to contributions by event sponsors.

Just three years ago, the Georgia General Assembly designated the first Monday in May as Water Professionals Appreciation Day, to recognize the public service provided by water professionals, such as those at the HCWA, for citizens all across the state of Georgia.

National Drinking Water Week is organized by the American Water Works Association (AWWA) during the month of May each year as an opportunity for public water utilities and the communities they serve to join in a celebration of the importance of drinking water and the role it plays in our daily lives.