Most people’s idea of retirement from a long, accomplished career is a life filled with vacation and travel, maybe fishing or golf, or just taking time to rest and relax. Well, that’s the furthest thing from the mind of Alton Head, a Field Technician with the Henry County Water Authority (HCWA).

You couldn’t blame Alton if he wanted to take it easy, after working 38 years with the Georgia Power Company. And after retiring from Georgia Power, you would think Alton has had enough of the utility business. Well, you’d be wrong on both counts.

Alton joined the Customer Service Department at the HCWA 18 months ago, as he now works in the field reading, checking and maintaining customer water meters. In addition, as a Veteran of the U.S. Army, he serves the community as the Commander of the American Legion Post 516 in McDonough. Recently, these two vocations came together in partnership for a worthy cause – to assist thousands of Veterans and Victims of Hurricane Florence in North Carolina.

After receiving a call from the Commander of the American Legion Post 32 – one of four Posts located in Fayetteville, NC, which is home to the U.S. Army’s Fort Bragg – Alton responded immediately to the request for help, taking action and forming partnerships to gather essentials for those devastated by the storm. Hurricane Florence, which transitioned into a tropical cyclone when it reached Fayetteville about 100 miles inland, dumped approximately 30 inches of rain on the area within a matter of hours. The destruction caused by the storm and subsequent flooding from the record-breaking downpours were numbing, says Alt 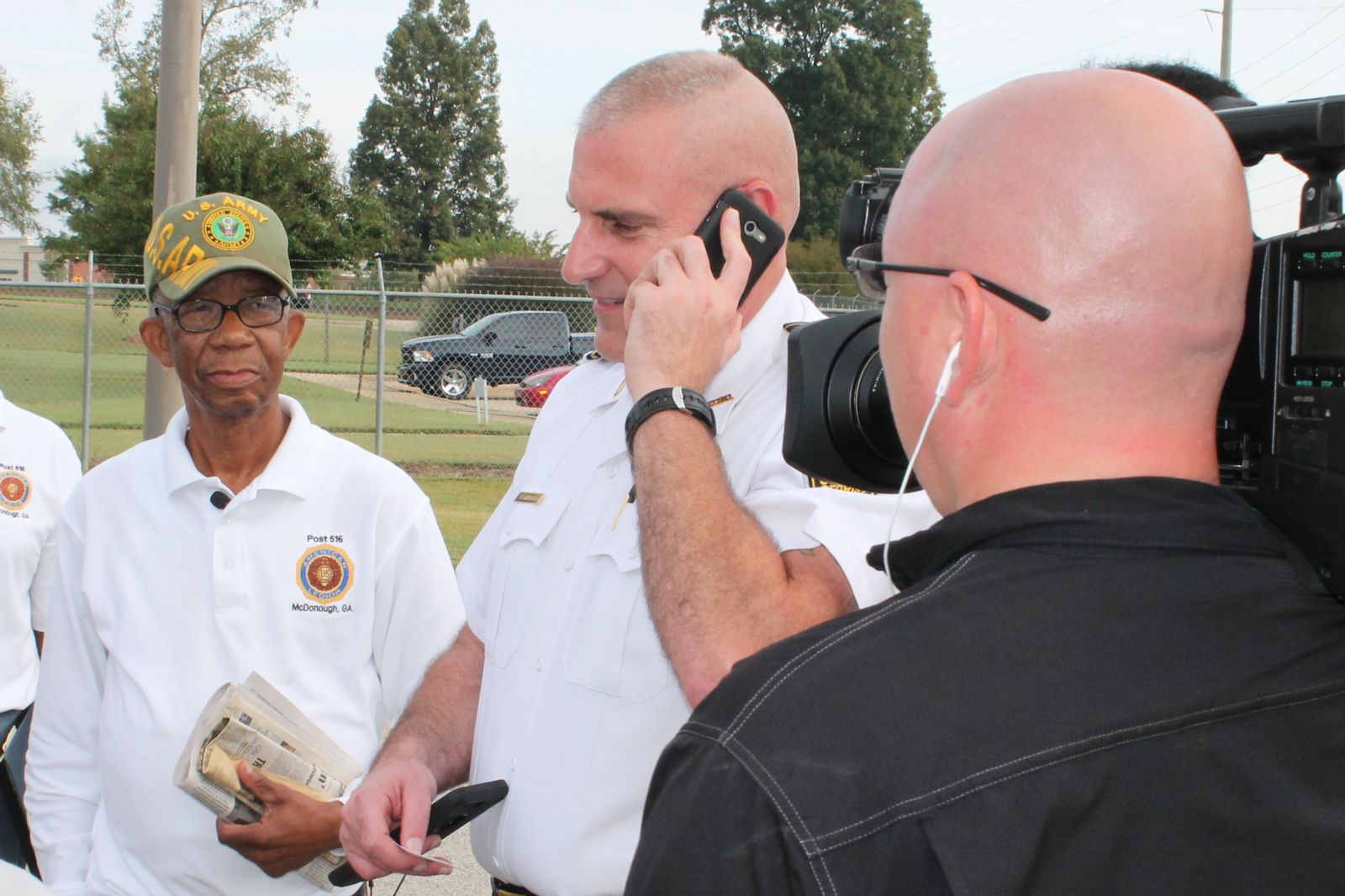 “They’re still two feet under water,” he said on the day the contributions were delivered. “While I was with Georgia Power, I worked in response to hurricanes, so I know what they’re dealing with. I know their condition is critical and I understand the urgency of the situation.”

So, Alton quickly assembled a team of fellow Veterans at the American Legion in McDonough, while spreading the word throughout the HCWA and the community about the supplies and items needed for the relief efforts. The tight-knit community of Henry County and its neighbors took action.

“We are proud to have Alton Head working here at the Henry County Water Authority,” says Rhonda Dodgen, HCWA Customer Service Manager. “I’m personally proud to know someone that has such a giving heart. Alton doesn’t just talk about it; he does it!”

Donations for Hurricane Florence relief came in from the cities of McDonough, Barnesville, and Locust Grove, as well as the Henry County Police Department (HCPD) and Sheriff’s Office, in addition to the HCWA. Within days, donations filled a tractor trailer located at the HCWA Inventory Yard, which included pallets of bottled water, diapers and wipes, toiletries such as soap, shampoo, tooth paste, tooth brushes, deodorant, razors and shaving cream, dry and canned pet food, and non-perishable goods such as canne

New Image Towing and Recovery in Forest Park volunteered to haul the trailer to Fayetteville, departing on Tuesday Oct. 16, with an escort provided by the HCPD.

With Hurricane Michael hitting the Florida coast just a month after Florence had left her mark on the Carolinas, the ensuing tropical storm made its way through Georgia and into North Carolina, compounding the problems facing cities such as Fayetteville. Alton Head took notice.

“We have more work to do,” he says. “We’ll turn our attention now to helping those impacted by this most recent storm.”

So much for retirement. But what else would you expect from an accomplished Veteran, utility professional, American Legion Commander and community leader, whose life reflects a personal mission of service above self.