HCWA 2019 Board Members Sworn In

With the Swearing In of the Henry County Water Authority’s (HCWA) 2019 Board of Directors, the local utility welcomes two new Members to its leadership ranks this year. The Hon. John A. “Trea” Pipkin, Henry County Superior Court Judge, administered the Oath of Office to the five respective Members of the HCWA Board of Directors at the Authority’s January Board Meeting. 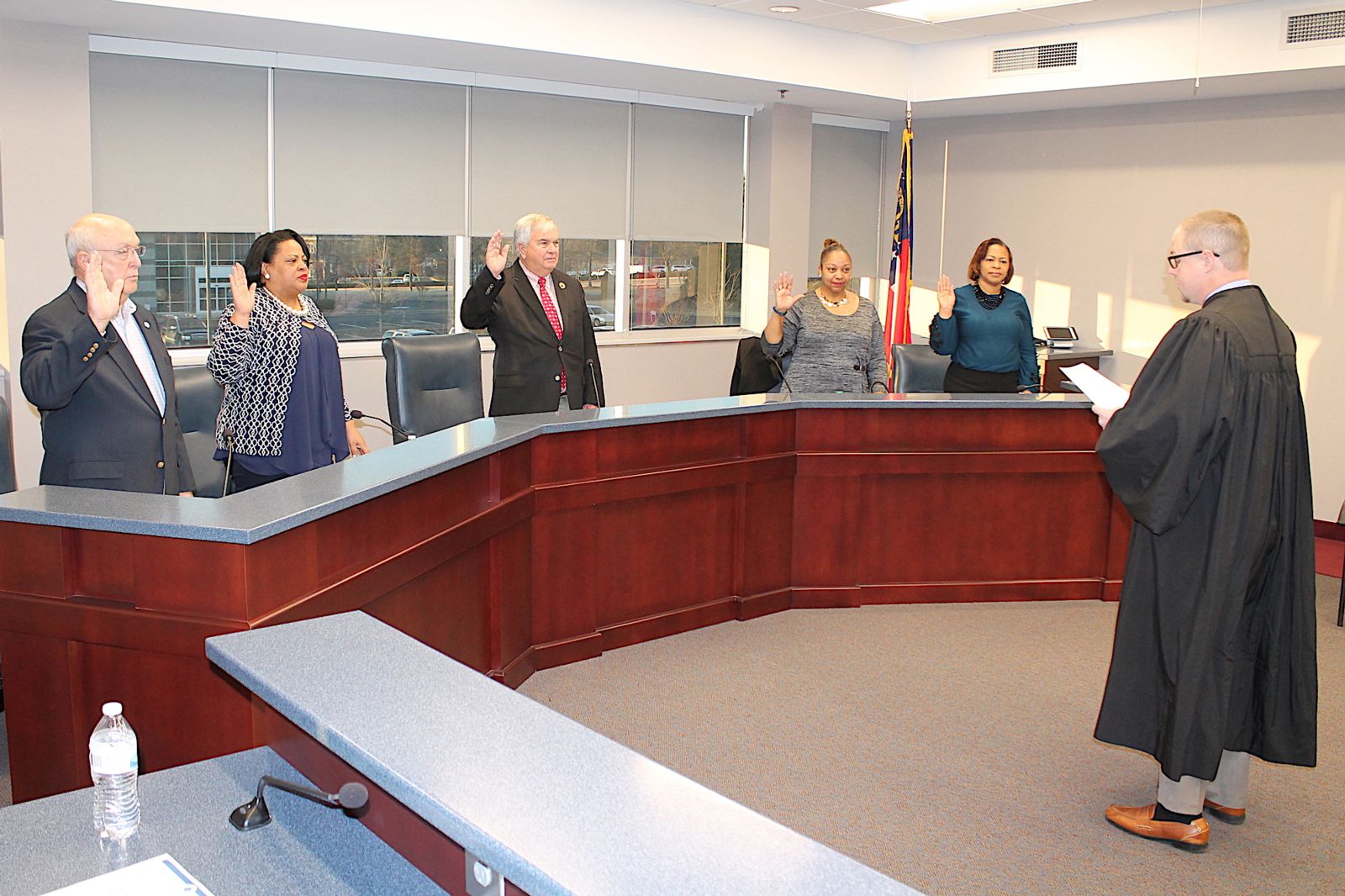 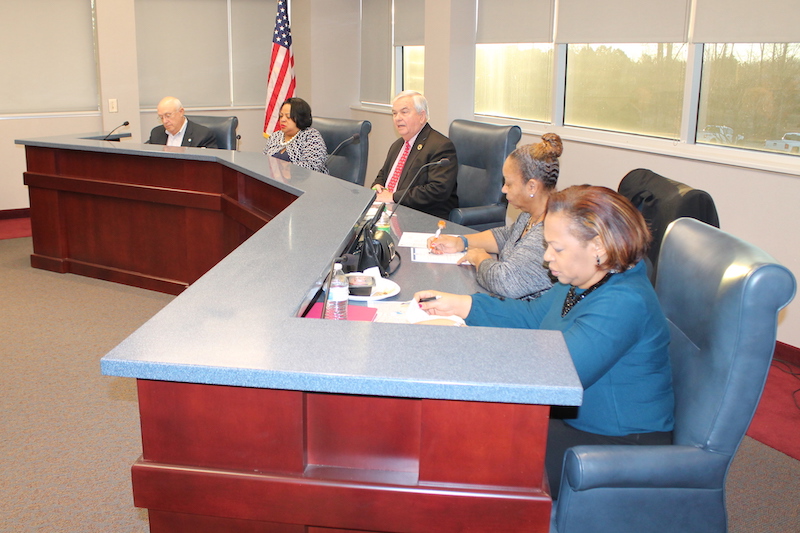 As one of the two new members on the HCWA Board, Cletonya LaGrand Stidom is a highly experienced tax accounting and business consulting professional, with over 20 years of experience as a consultant. Before starting her own tax accounting firm – C.K. LaGrand Consulting – in 2013, she was President of J.D. Fletcher and Associates LLC. Prior to that, LaGrand Stidom was a Department Analyst with the State of Michigan, where she set guidelines and monitored policy, while focusing on consulting with companies wanting to do business in Michigan. She has been married to Johnny Stidom, Jr. for five years, and they have one son.

Zuwena Poole has lived in Henry County since 2003. She currently is the Chief of Staff for District 4 Commissioner Vivian Thomas. She also has been an entrepreneur her entire career, working as a licensed real estate agent for over 10 years, as well as a professional stylist for over 20 years, including as the owner of her own salon, currently. Poole serves on a number of boards, locally, including the North Henry Football Association and the Eagle’s Landing Middle School PTO Board as Treasurer. She is also a Member of the Henry County NAACP and the Henry County Democratic Women (HCDW). Poole holds a bachelor’s degree in Political Science from Clayton State University, and she will be graduating this fall with a master’s degree in Human Resource Management from Strayer University. She is the mother of three children and has one grandson. 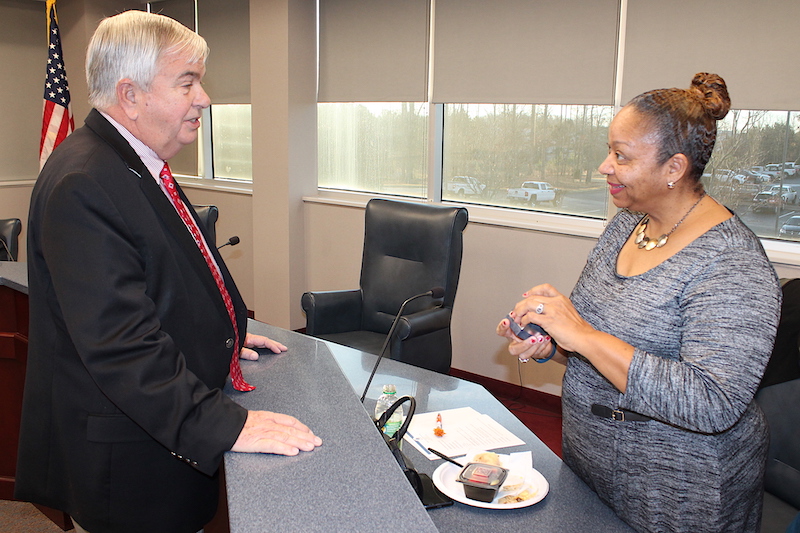 HCWA Chairman Jimmy Carter is a sixth-generation resident of Henry County who has a rich history of public service, locally. He is a past Chairman of the Henry County Board of Education, having served on the School Board for 18 years. Professionally, he is an independent sales representative for ABS Global, Inc. He also is a former Executive Director of the Georgia Milk Producers, Inc. But Carter is perhaps best known as the owner and operator of his family farm, which is a destination for Henry County residents and tourists. Southern Belle Farm in McDonough is not only the site of his family’s full-time farming business, but it is an educational attraction that draws in thousands of guests, annually. Carter and his wife Kathy have three children and nine grandchildren.

Like Carter, HCWA Vice-Chairman Warren Holder has similar life-long experience in business and public service in Henry County. He is the owner of Warren Holder Equipment LLC in downtown Locust Grove. His public service record, in addition to beginning his third year on the HCWA Board, includes 18 years on the Locust Grove City Council. From there, he served on the Henry County Farm Service Agency and the Henry County Board of Education. He also served on the Henry County Board of Commissioners from 1996 to 2012. Holder and his wife Cindy have two children and four grandchildren.

Finally, HCWA Secretary/Treasurer Carlotta Harrell has served on the HCWA Board since January of 2013. She currently is the Chief of Staff for Henry County District 5 Commissioner Bruce Holmes, in addition to serving as a Project Manager for The Georgia Conference of Black Mayors. As a consultant, she assists mayors and municipalities with grant research and funding sources, public-private partnership opportunities and economic development, strategic organization and planning, budgeting and finance, as well as human resource related issues. In addition, she has 20 years of law enforcement experience in the State of Georgia. Locally, Harrell serves as Vice Chair of the Henry County SPLOST V Committee. She and her husband Kenneth, who is the retired Assistant Police Chief for DeKalb County, have three children and four grandchildren.

The complete bios on the current five members of the HCWA Board are available on Board Member pages of this website.