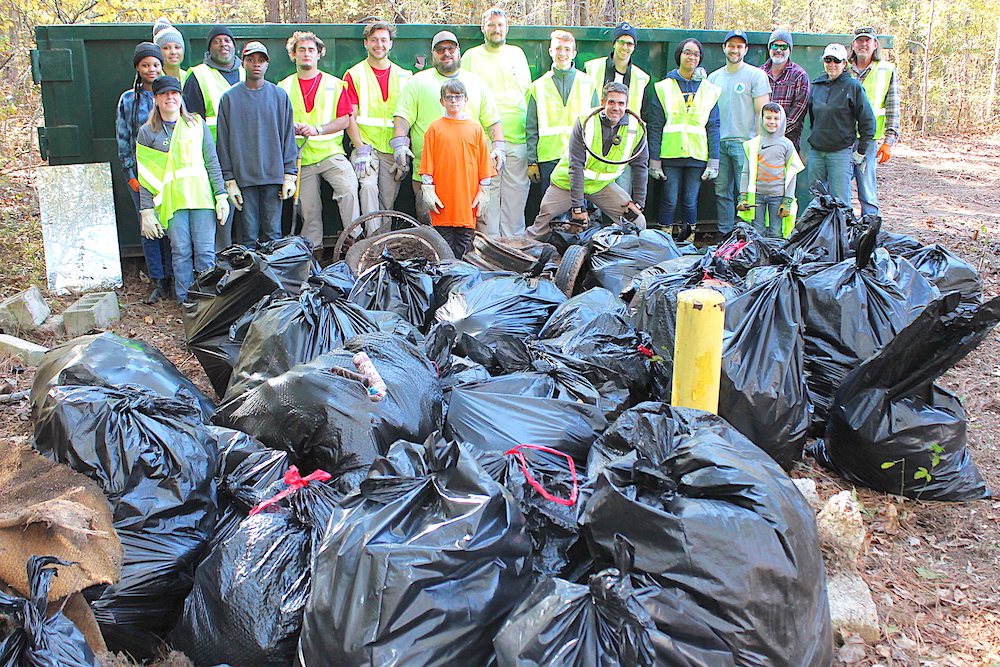 Employees from the Henry County Water Authority (HCWA) and Henry County Stormwater Management joined forces with other local volunteers for the annual Henry County Rivers Alive river cleanup recently. The site of the cleanup was an obvious “dumping site,” according to Authority officials, on property located off of East Lake Parkway in McDonough.

Thanks to the efforts of 18 participants in this year’s Henry County Rivers Alive, these volunteers collected more than 3.5 tons of trash, as well as an additional 4.29 tons of tires (more than 300 in all) to be recycled.

“We are retired and have spare time, (so) we were looking for opportunities to volunteer and this river cleanup seemed like the perfect way, since we both love kayaking,” says Steve Jeffares, one of the volunteers at Henry County Rivers Alive. “And we see so much trash on the rivers, especially plasti 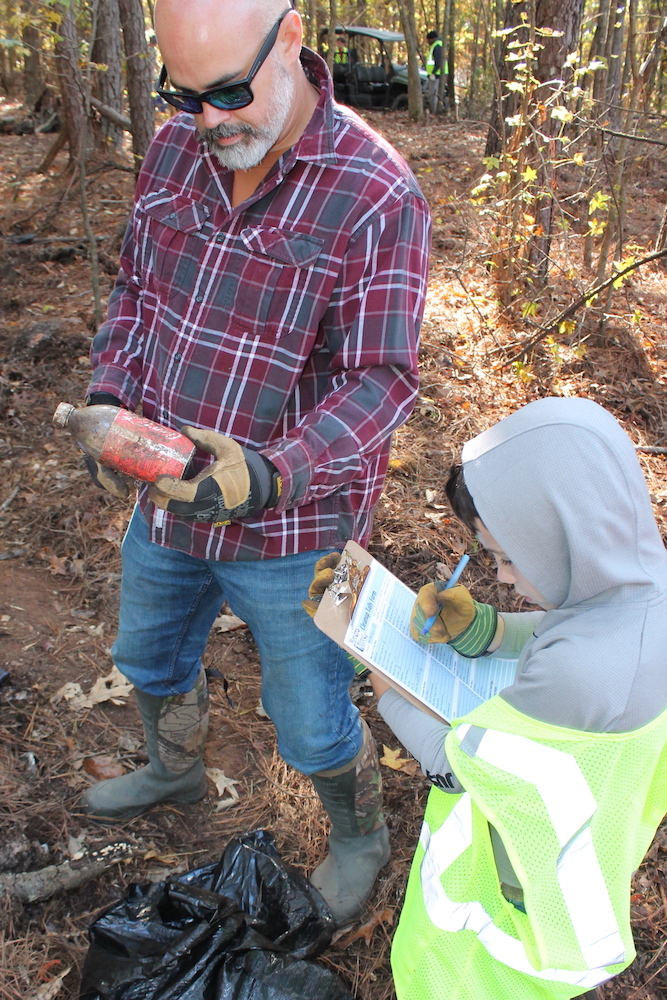 cs, which eventually reaches the ocean and becomes an even bigger problem. So, we were just trying to help in our small way.”

HCWA employees identified the location of this year’s Rivers Alive cleanup because of the amount of trash that had been illegally dumped on this site, says Lindsey Sanders, HCWA Environmental Compliance Coordinator, who organized the volunteer efforts on behalf of the Authority.

“It was great to partner with Henry County Stormwater for another successful cleanup,” says Sanders. “This was the most trash we had ever seen at a site, so we were definitely grateful to all of the volunteers that gave of their time to make our environment a cleaner place to live. One of our missions at the Water Authority is to protect our local natural resources, and this year’s Rivers Alive provided a clear indication of that stewardship.”

Henry County Rivers Alive is an official event of the Georgia Rivers Alive Campaign. Rivers Alive is Georgia’s Annual Waterway Cleanup that targets all waterways in the state, including creeks, streams, rivers, lakes/reservoirs, beaches, and wetlands.

The mission of Georgia Rivers Alive, which is a Georgia Environmental P

rotection Division (EPD) Outreach Program, is to create awareness of and involvement in the preservation of Georgia’s water resources.

Georgia’s waterways, which include more than 70,000 miles of streams and rivers, provide communities with water for drinking water production and recreational opportunities.

The HCWA oversees more than 8,000 acres of protected green space, including wetlands, land application sites for spray irrigation of treated wastewater, reservoirs and other areas. 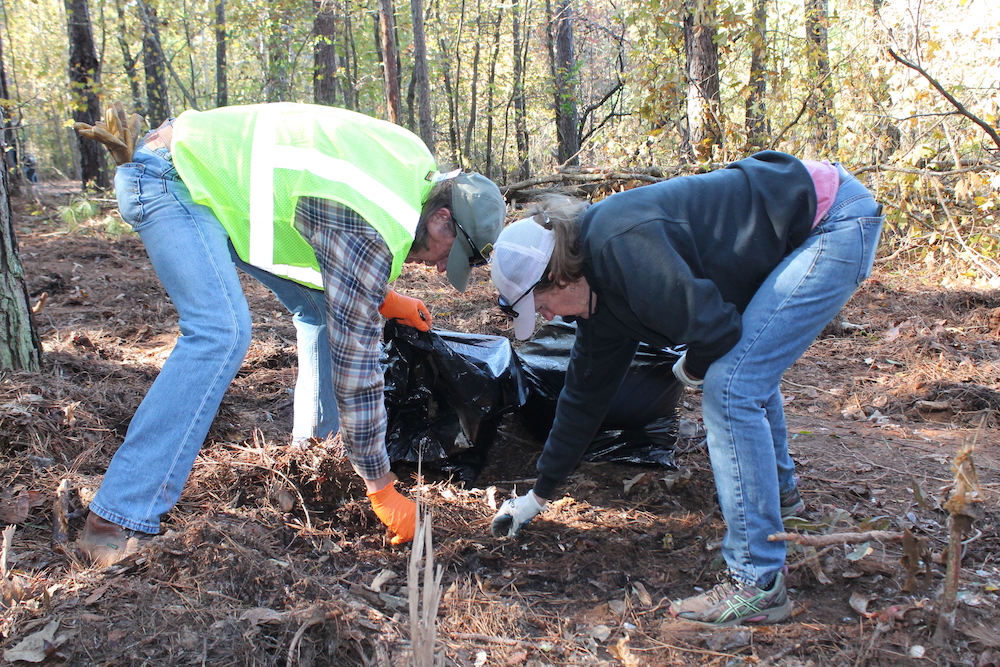 rity’s center for public education and conservation is the Cubihatcha Outdoor Education Center in Locust Grove, which consists of approximately 1,000 contiguous acres of bottomland, hardwood, and forest wetlands and uplands. In addition, the HCWA owns and operates two water treatment plants supplied by five drinking water reservoirs with more than 18 billion gallons of raw water storage.

Check out our photo gallery from this year’s event within the About Us/Photo Galleries page of this website (www.hcwa.com).

A group of volunteers that included employees from the Henry County Water Authority and Henry County Stormwater Management cleaned up a site off of East Lake Road in McDonough during this year’s Henry County Rivers Alive event.

Jeb Holder, with Henry County Stormwater Management, and his son Casen document some of the trash they collected during the recent Henry County Rivers Alive cleanup.

Keith Hyde (second from right) and his family, including (left to right) son Kaden, wife Karma, and daughter Karis, volunteered to help in this year’s Henry County Rivers Alive cleanup.